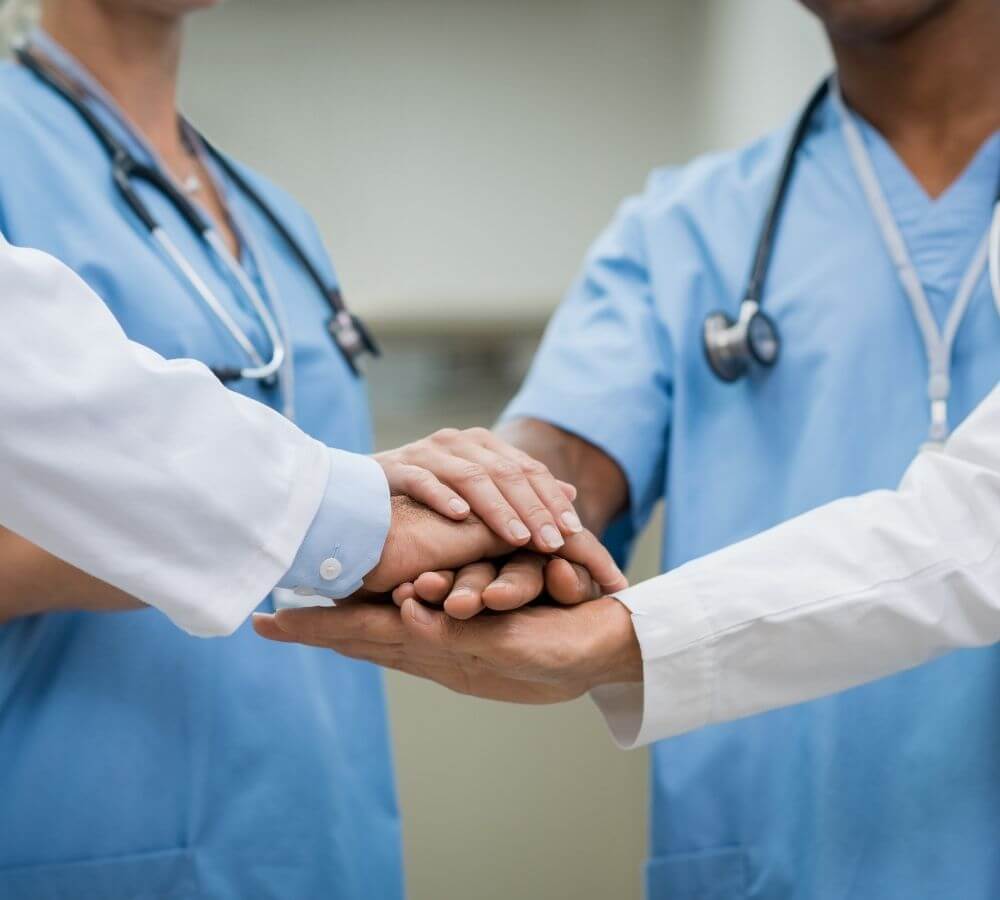 To eliminate barriers to healthcare accessibility by providing readily available medical care to our communities in the privacy of their homes and other convenient locations.

At Redicare Mobile Health Service, we believe compassionate, patient-centered care starts at the heart of the individual provider. We encourage our employees to #GetREDI to provide excellent care to our communities by adopting and upholding our core values and helping our patients feel empowered about their health and wellness.

What does it mean to #GetREDI?

Have empathy for others.

Strive to make a difference in the lives of those we serve.

Work with the highest level of integrity and professionalism. 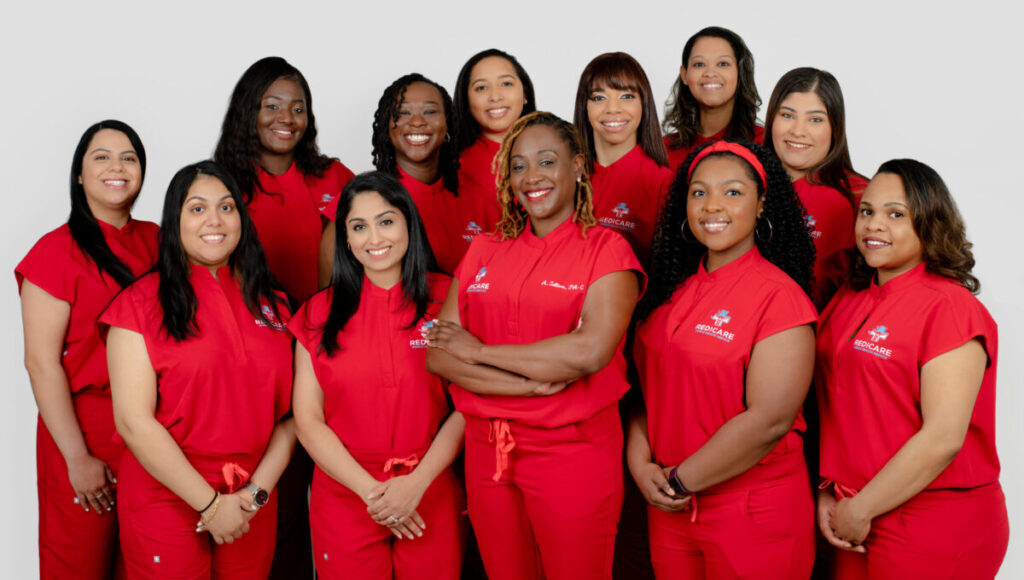 Ashley is a 2015 graduate of The George Washington University School of Medicine and Health Sciences Physician Associate Program and has been practicing Urgent Care, Pediatric and Adult Emergency Medicine since graduation. She received her undergraduate education at Howard University in Washington, DC and earned a Master of Public Health in Health Education at Benedictine University in Lisle, IL. In addition to practicing acute care medicine, she works as an adjunct professor at a local university and mentors aspiring PA students. 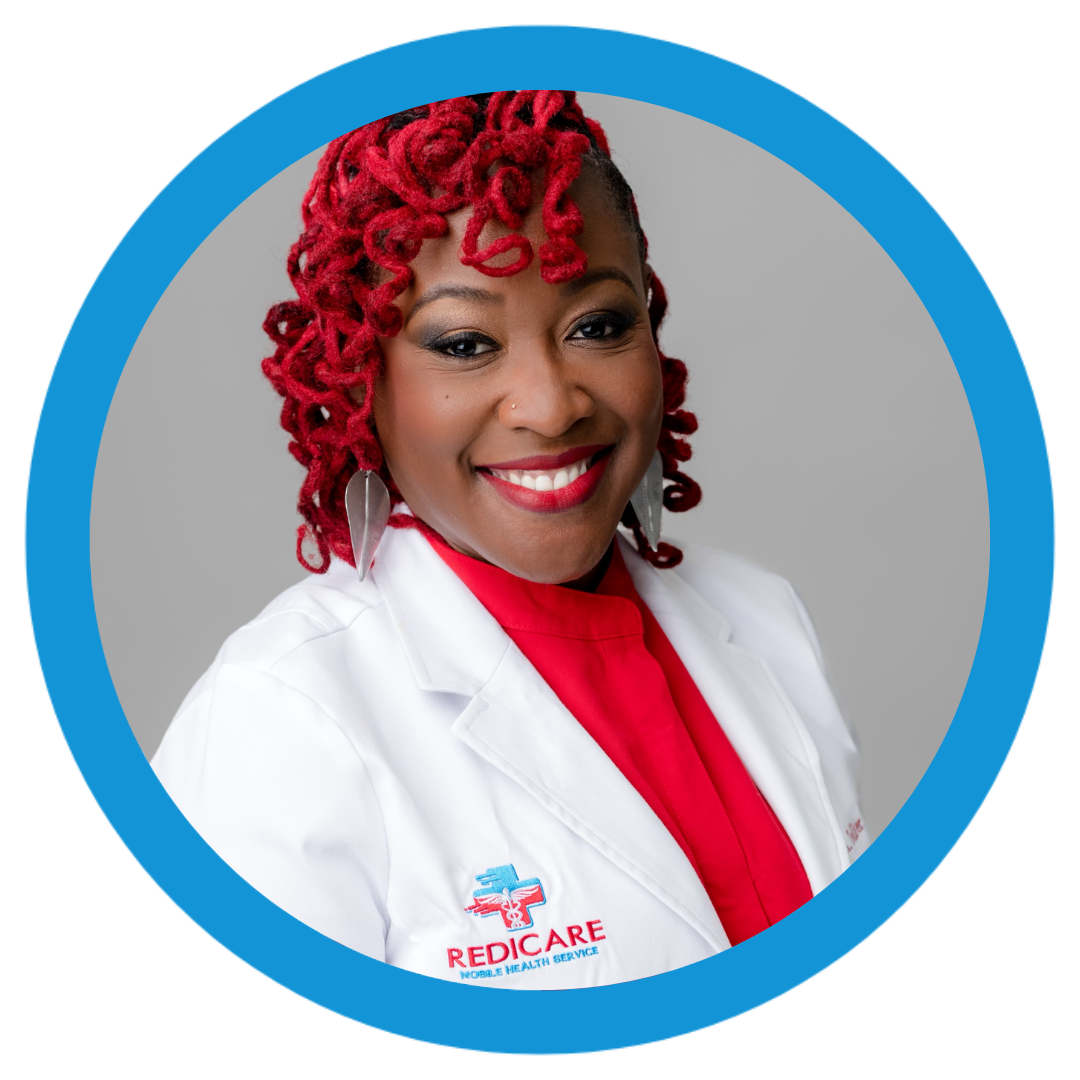 Dr. Ron Rakowski, a board-certified Emergency Medicine physician for more than 25 years, was born and raised in Northern New Jersey and received his undergraduate degree in Biology with honors from Harvard College.  He graduated from University of Maryland School of Medicine in Baltimore, MD and completed his Emergency Medicine residency as an active duty USAF officer in the integrated program at Wright Patterson AFB / Wright State University in Dayton, OH.  After achieving the rank of Major and completing his obligation to the USAF at The First Fighter Wing Hospital Langley AFB, he separated from the military and became a staff physician and director of the Emergency Department at Mary Immaculate Hospital in Newport News, VA.  In 2001, following the birth of his third child, he and his family relocated to Maryland, where he became a staff physician at Frederick Memorial Hospital’s Emergency Department, eventually becoming its Vice Chairman and then Medical Director.  Dr. Rakowski left FMH after 13 years and since has held various appointments, including as an internal travel physician with TeamHealth (staff EM physician at St. Joseph’s in Syracuse, NY and staff EM physician and director at St. Joseph’s in Reading, PA), staff EM physician with Holy Cross Hospital (Germantown, MD), staff EM physician with UPMC (Susquehanna / Williamsport, PA), and staff EM physician with WellSpan (Gettysburg, PA and Good Samaritan in Lebanon, PA).  When not in the ED, Dr. Rakowski has organized several medical mission trips to the Amazon basin in Peru and the mountain communities in Costa Rica.  He continues to reside in Maryland with his wife and two dogs.  Dr. Rakowski looks forward to his involvement with RediCare Mobile Health Service and the impact the organization will have in keeping our communities at home, safe and healthy. 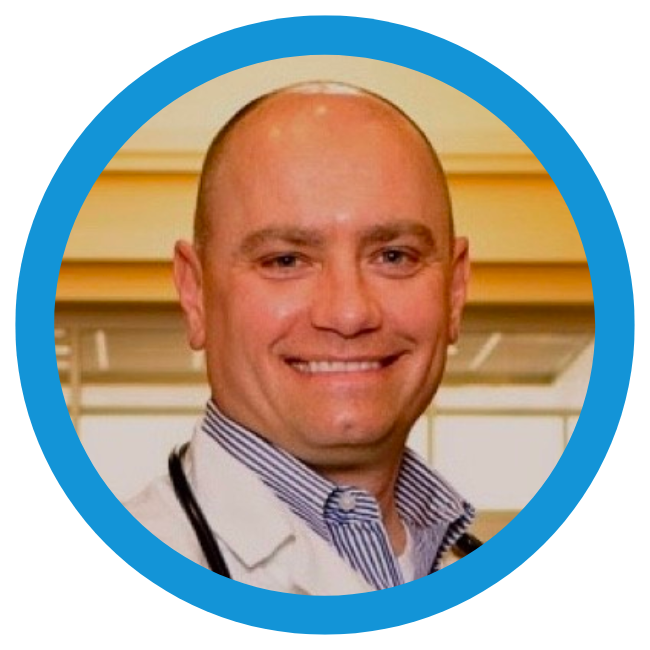 Shela is a proud graduate of THE Illustrious South Carolina State University (2011), Georgetown University (2012), and George Washington University (2015). She is currently a licensed physician associate in the District of Columbia, Maryland, and Florida. She has been a physician associate for over 5 years, with experience in hospital medicine, adult and pediatric emergency medicine as well as urgent care. She enjoys serving her community by providing an excellent healthcare experience one patient at a time. When she is not working, she enjoys spending time with family and friends as well as traveling.

“I enjoy working for Redicare because I love serving my community and helping to keep everyone informed and safe with COVID testing and vaccinations, helping the elderly with in-home needs, and working with my coworkers.”

Alisha has practiced medicine as a physician associate throughout DC, Maryland, and Virginia for over 5 years. After completing her training at the illustrious Howard University in 2015, Ms. Howell has gone on to specialize in emergency medicine and acute care – caring for patients in hospitals, urgent care centers and private clinics. PA Howell offers a warm and compassionate approach when treating patients, sharing her beliefs that everyone is entitled to comprehensive, competent care in a comfortable setting. 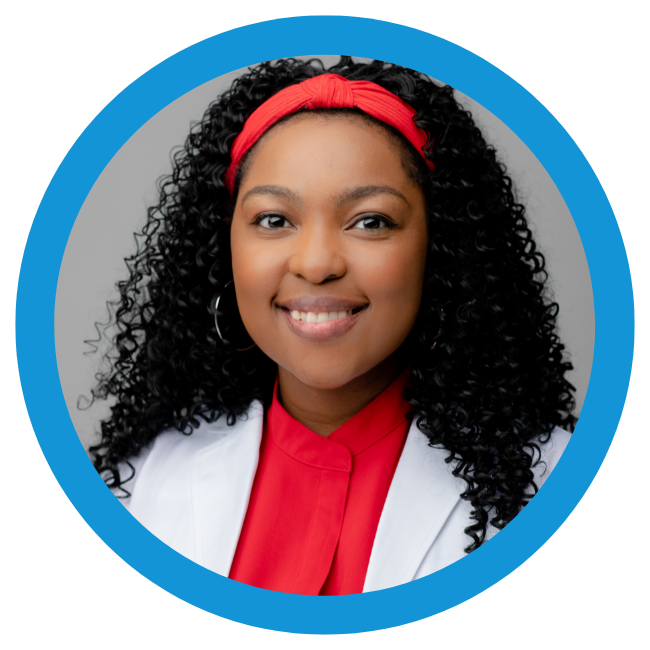 Nicole is a proud graduate of the University of Maryland School of Nursing, Family Nurse Practitioner program. Previously, Nicole worked as an ER nurse and since becoming a Nurse Practitioner, gained experience in the aesthetic medicine. Currently, she is practicing as an Urgent Care NP in Frederick, MD. With a strong background in the emergency/urgent care field, she is eager to work with Redicare to provide access to care in the community for a variety of medical conditions. She enjoys providing quality, evidence-based care to patients in the community with a commitment to patient advocacy. During her leisure time, she enjoys spending time with family/friends, traveling and reading thriller/mystery books. She is proud and excited to be a member of the Redicare team. 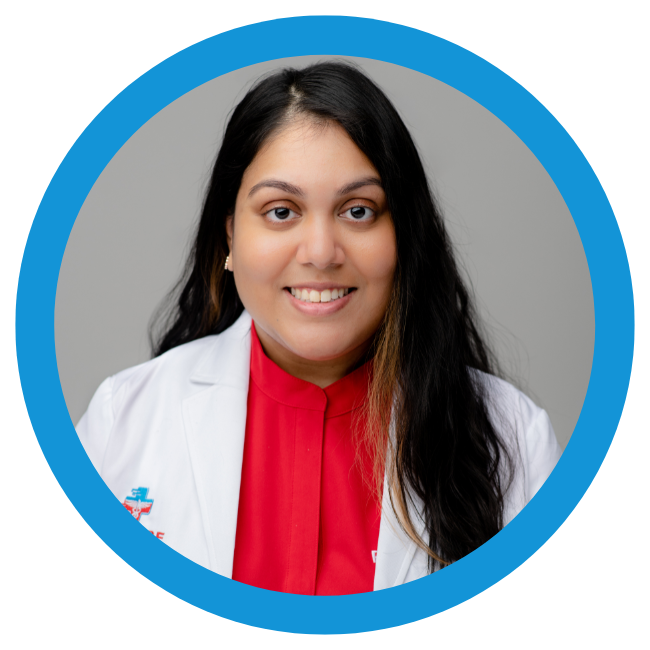 Marsha has been a nurse for fifteen years. Her specialty is emergency care nursing with certifications in pediatrics and trauma care. She recently graduated from Walden University with a Master’s in Nursing Leadership and Management. She has served in local community hospitals and strongly believes in the health and wellness of our communities. She chose the field of nursing because it provides her the opportunity to truly impact lives and make a meaningful difference. She has a love for humans, nature, and simplicity. In her spare time, she enjoys the company of family and friends. She also enjoys long walks and deep conversations with people. Her motto: There is no limit to who we are and what we choose to do in life. Strive daily to be your best you, in body mind and soul. She is REDI for this new journey, so you best be REDI too. 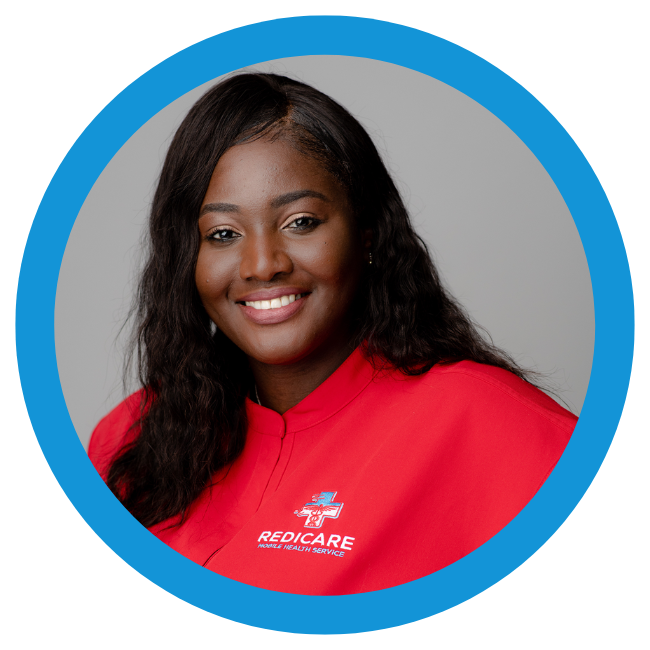 Maria is a proud graduate of Towson University. Prior to becoming a nurse, she worked as an Emergency Department Technician for six years. She has been working as an ICU nurse for two years and is currently working on obtaining further certifications within the ICU setting. She is passionate about providing the best care for her patients. She enjoys working with Redicare because she has the opportunity to reach out to the community and provide education. She is also bilingual and enjoys interacting with the Hispanic population in community events. Teamwork is huge for Maria and that’s why she loves Redicare so much. She’s excited for what’s to come in the next year as we hope to expand.

“Redicare has helped me grow so much, not only as a nurse but as an individual.” 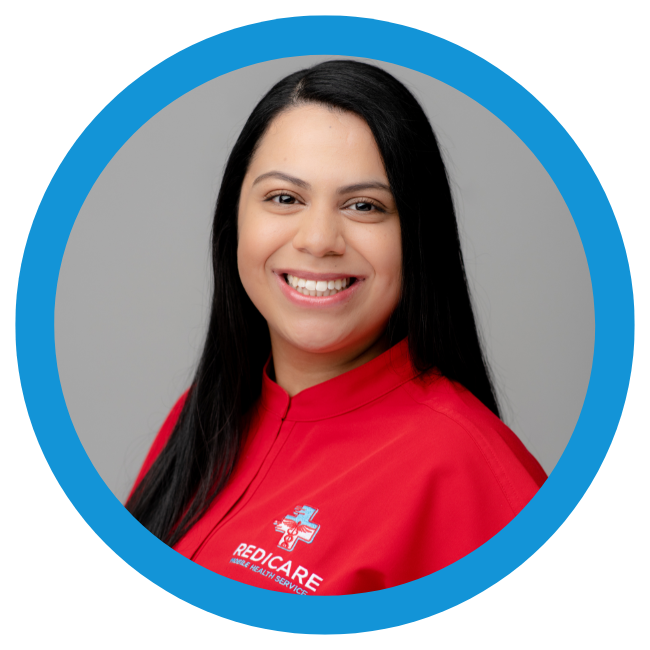 Maitoi has been a RN for a little over 2 years. She is a compassionate individual and her experience has been heightened and shaped by being an amputee. Maitoi says “being an amputee has given me a drive and compassion to help others and show that a having a disability is only a part of an individual’s life, and not all that someone is. I strive to inspire others and show that you can achieve your goals and enjoy the journey while doing so!” She has always enjoyed being a guide on a person’s road to physical, mental, and spiritual health, having experienced working with the pediatric through geriatric populations, as well as in psychiatry. One of her special skills is music therapy, which she finds has very healing effects. She looks forward to working as a part of the Redicare Team! 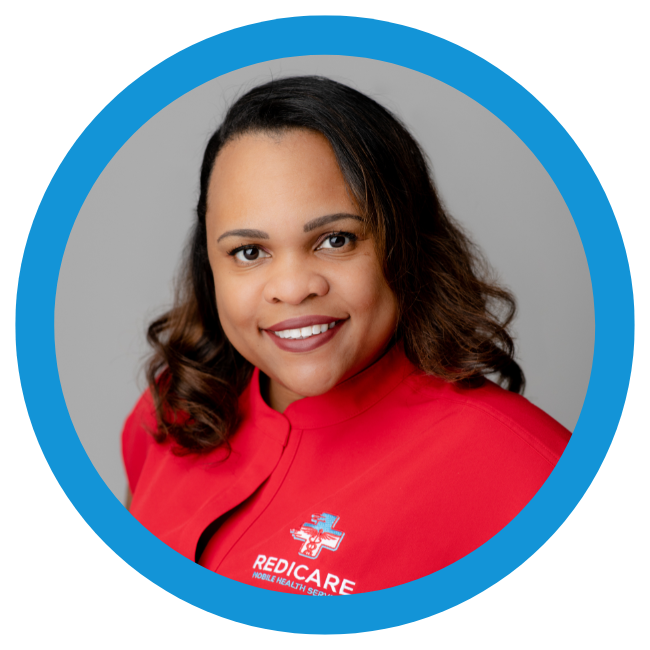 Seher is a graduate of Bowie State University and The University of Maryland, Baltimore County. She has been a Registered Nurse for 6 years. She has worked with surgical patients, COVID IMC patients, and high-acuity transplant patients. Seher has spent the majority of her career working at hospitals in Baltimore city with a diverse population of patients. She is passionate about Redicare’s mission to bridge the gap between patients and their accessibility to healthcare. Her goal is to provide care to all patients and promote health literacy and equity. 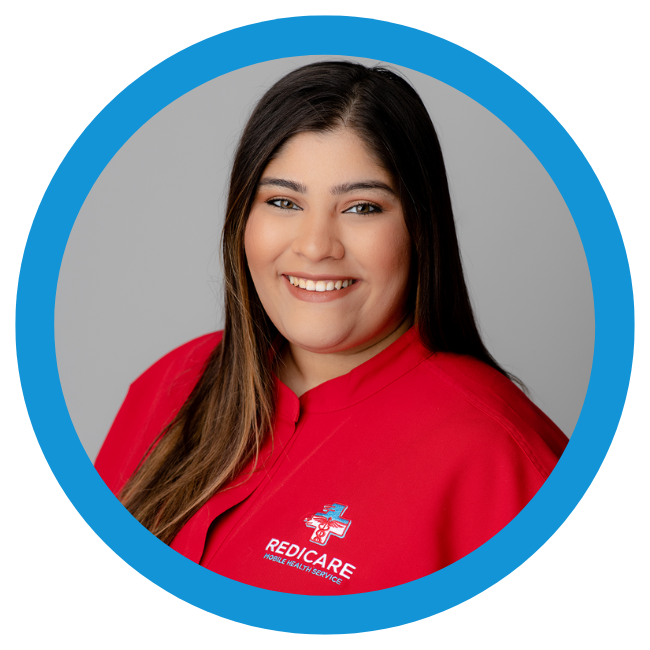 Lilet has been working as a nurse in the surgical ICU for a little over a year and is currently in school to obtain her BSN. She enjoys working with the Redicare team and providing healthcare to the communities we serve. 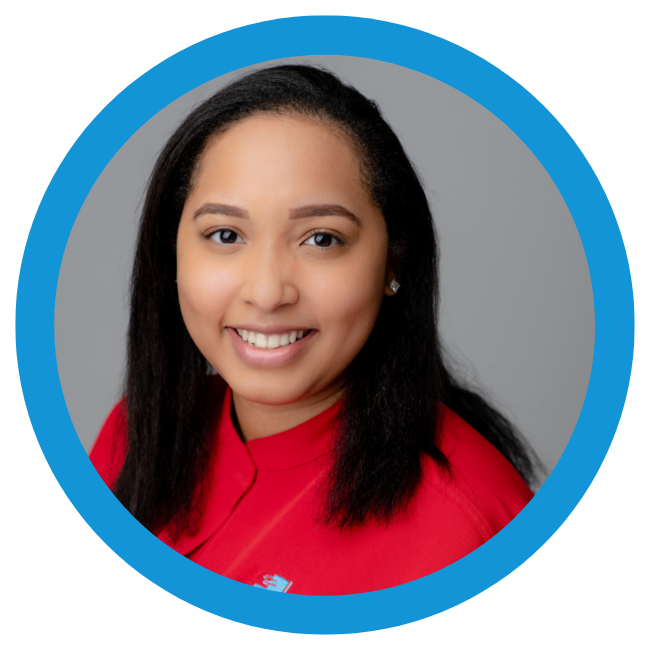 Selina has been working in the medical field for about 12 years with experience as a medical assistant (MA) and certified nursing assistant (CNA) in the pediatric and adult emergency medicine setting as well as urgent care. She is currently in nursing school pursuing her dream to become a registered nurse. 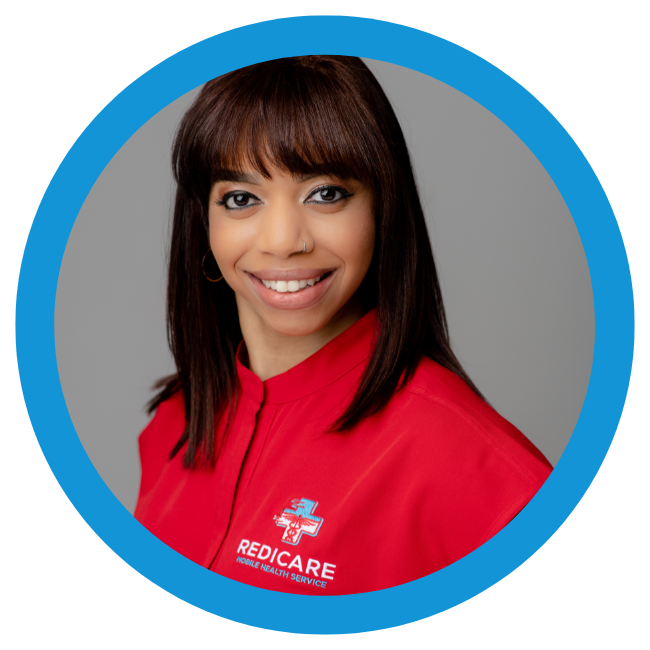 Irma is a Certified Nursing Assistant (CNA) and has been working as an Emergency Room Technician for over two years and has a total of six years of experience working in a hospital setting. Irma is known for her competent and compassionate care which you can come to expect during all patient encounters. In her spare time, Irma enjoys traveling and spending time with her family and friends. 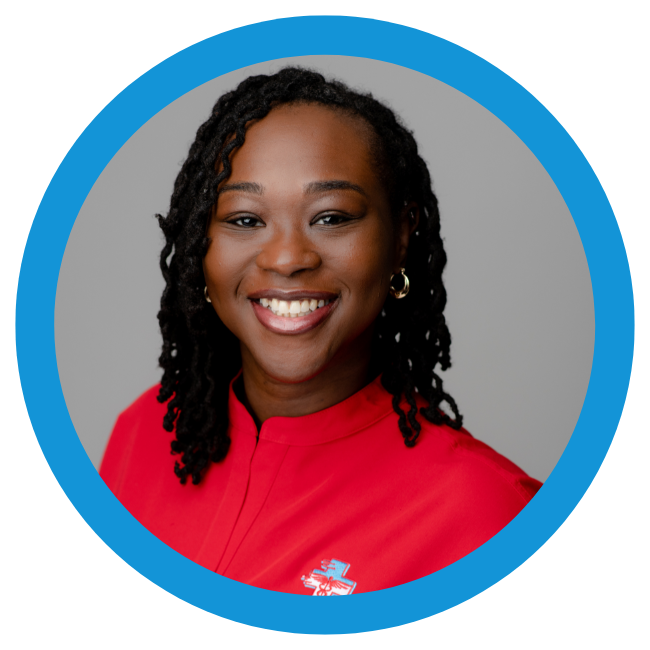 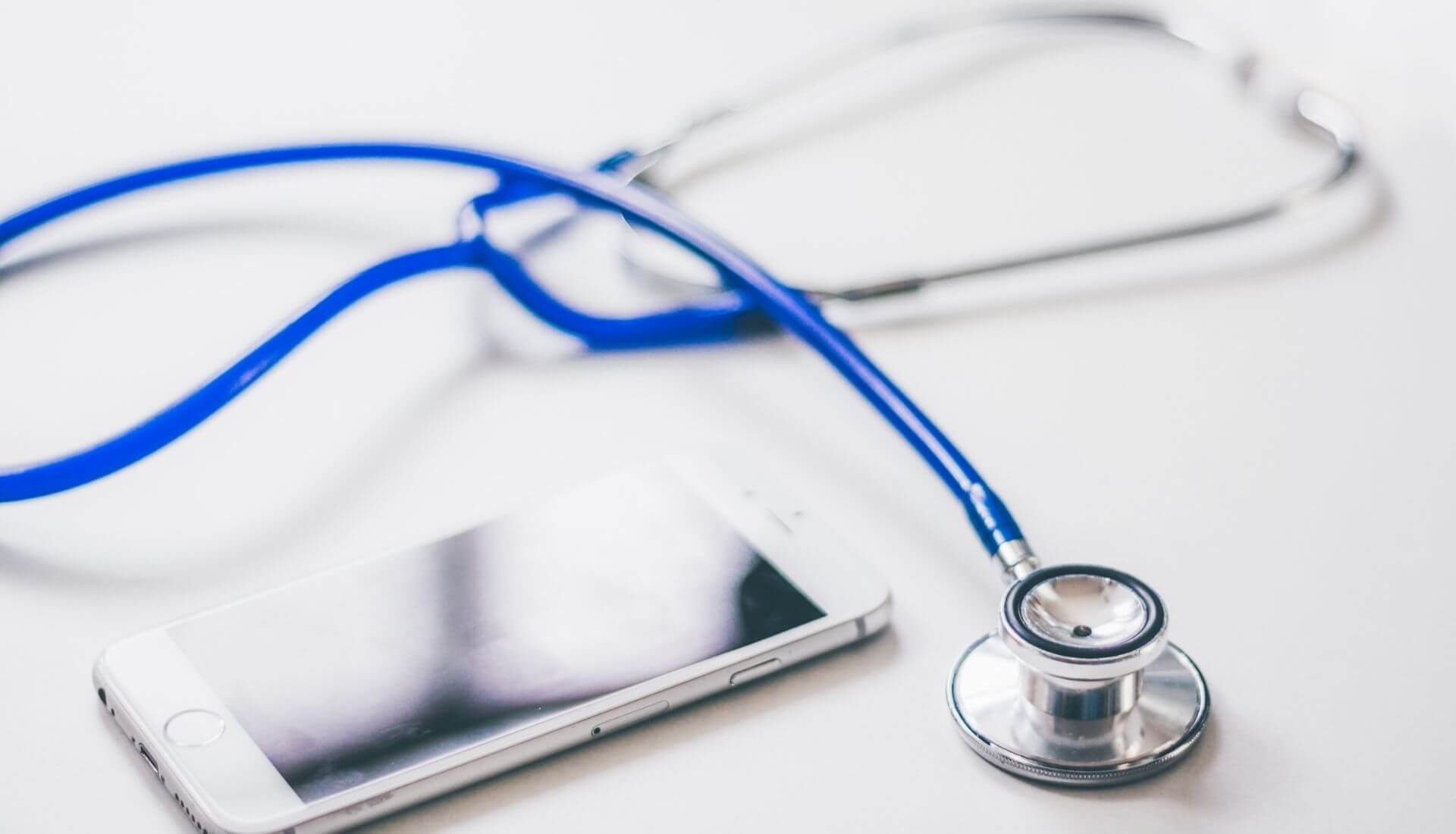 We are looking to expand in the near future! If you are interested in joining the Redicare Team email careers@redicarehealth.com